Discover the Peloponnese, the other Greece

The Peloponnese is the largest peninsula in Greece and has a mountainous landscape and many traditional villages. It has a very interesting history and a century-old culture. It is also a high-quality gastronomic area, there are sunny beaches, and it is still not really touristic.

During this trip the route we follow offers a great variety, we travel through the mountains and along the coasts. It leads us leads through beautiful unspoilt landscape and authentic villages of the Peloponnese.

This is not a photo tour, but bring a camera, it’s definitely worth it!

The flight is from Schiphol to Kalamata (if required) on Mondays and also back from Kalamata. We travel with a comfortable and spacious coach or minibus. We stay in comfortable hotels and enjoy authentic Greek meals in local tavernas.

This special tour has been carefully composed by Greece experts Suzana Gulevska and Nick van den Berg who have spent a large part of their lives in Greece. They share a passion for the country, its culture and, above all, its culinary traditions!

Wherever we eat, we try to offer typical regional dishes, both for lunch and dinner. We also do not forget the local wines.

Suzana Gulevska is your tour guide.

Suzana lives in both Nafplion and the Netherlands and is fluent in Greek and Dutch.

Sailing yachts and fishing boats on the quay of the port town of Githion.

You will be met by us on arrival at about 11:00 at the airport of Kalamata. If you have arranged your own travel to Greece, or if you are already in Greece, you can join us at the airport. Once we have stowed all our luggage in the hold of our coach, we head south down the ‘middlefinger’ of the Peloponnese. We avoid the modern port town of Kalamata, which is best known for its olives and oil. The route takes us along the beautiful coastline to the south. On the way, we stop for lunch in the charming village of Kardamyli, which today is a popular destination for hikers. Our first overnight stop is the picturesque town of Limeni on the east coast of Mani.

On day two we start our tour of Mani, the central peninsula of the Peloponnese and the southernmost point of the mainland of Europe. The inhabitants of this rugged mountain area, with its fortified stone residential towers, were once infamous, as evidenced by the fact that the words ‘manic’ and ‘maniac’ derive from its name! Today it is a wonderfully unspoilt and sparsely populated area, because most of the original inhabitants moved away, often emigrating to the US. and Australia! We spend the night in the attractive harbour town of Githio.

We then head to the medieval fortified town of Monemvasia on the eastern coast. This former fortified island, which lies just off the coast in the Aegean Sea, is now connected to the mainland by a breakwater, and has been almost completely restored to its former glory under strict regulations by archaeologists and historians. While walking through the narrow cobbled streets, you imagine yourself back in the Middle Ages!

On the fourth day we visit the Byzantine ruins of Mystras near Sparta. In the heyday of the Middle Ages, artists and scientists from all over the world gathered here. An important Byzantine city from the 13th century, Mystras was the former capital of the Morea, the ancient name of Peloponnese. Now it is a ‘ghost town’ and it is built on the slopes of a steep mountain. We will drop you off at the top entrance so you can visit the city walking downwards. It is a moderately strenuous walk through the narrow cobbled streets, mountain paths and streets of the town, so it is important to wear good shoes.

This day the route takes us through the varied, mountainous landscape of the provinces of Laconia and Messinia. On the way we visit the interesting church of Agia Theodora. Finally we reach the sea again on the west coast of the Peloponnese at the town of Kyparissia, where we will stay the night. This bustling town with its Byzantine fortress and ancient city built against the mountain used to be an important regional port and trade center.

After breakfast we now leave in a northerly direction. We pass the beautiful sandy beaches of the west coast and can, if desired, have a swim on the way. Our destination is classical Olympia. Although “Olympic” games were hosted in various places in ancient times, Olympia ultimately gave its name to the games as they have come to be known since they were revived 1896. The athletes were often sponsored by wealthy citizens, thereby demonstrating their position and wealth. Afterwards we drive to our overnight stop Langadia, a beautifully situated mountain town.

After breakfast we drive towards Kalavryta, a town in the mountains at an altitude of 750 meters. On the way we visit the beautiful caves of Kastria, also called ’Cave of the lakes’, with a number of lakes at different levels. It is one of the best known and most beautiful caves in Greece. We eat fresh trout (or an alternative) at a beautifully situated restaurant on a fast flowing mountain stream. In the late afternoon we take a spectacular vernacular train ride from Kalavryta to Diakopto, returning to sea level on the northern coast of the Peloponnese. We then drive eastwards towards Korinthos and spend the last night on the way along the coast. The next morning we leave in time to make the flight from the airport of Kalamata, a smooth drive over highways of about two hours. 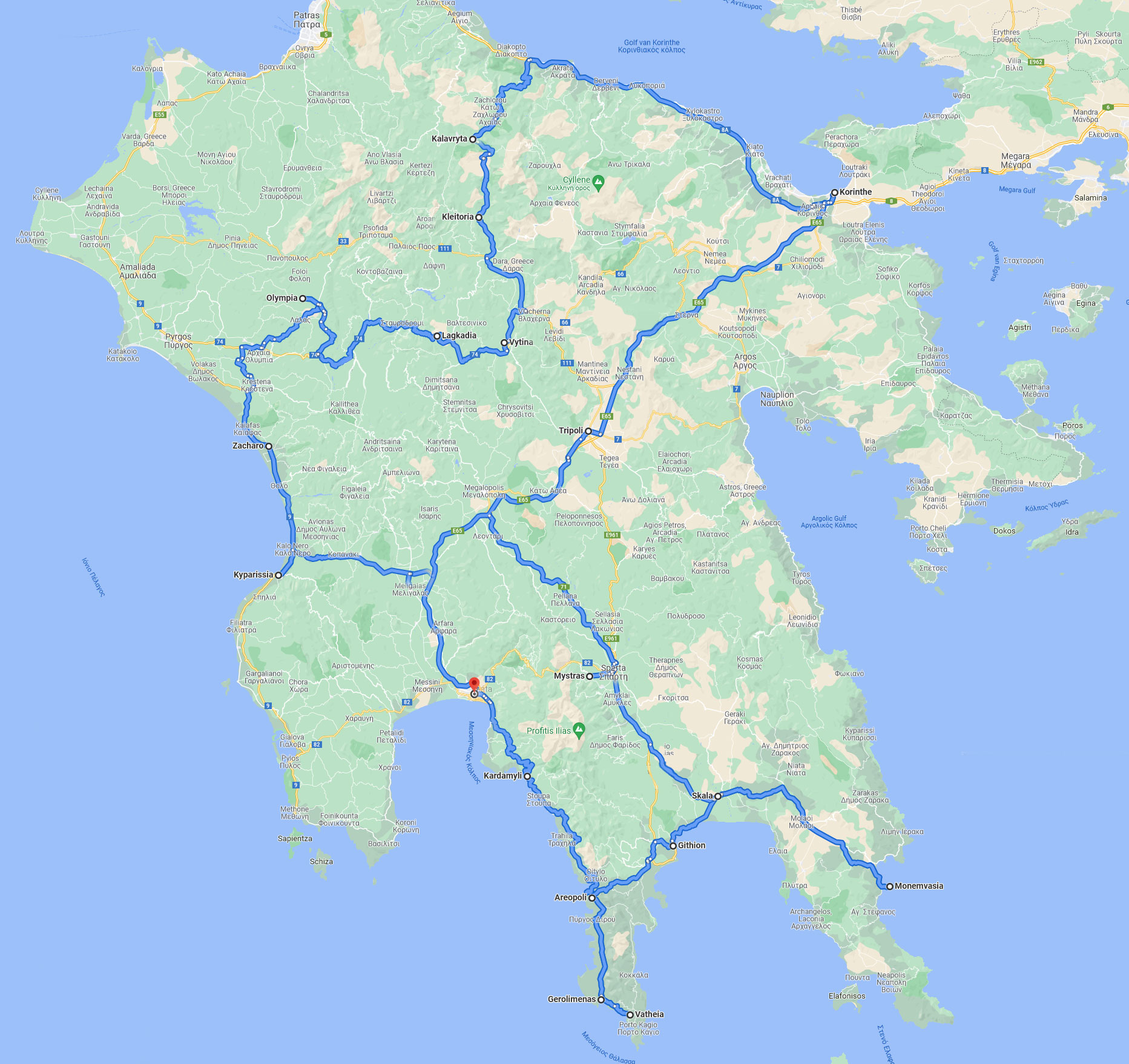 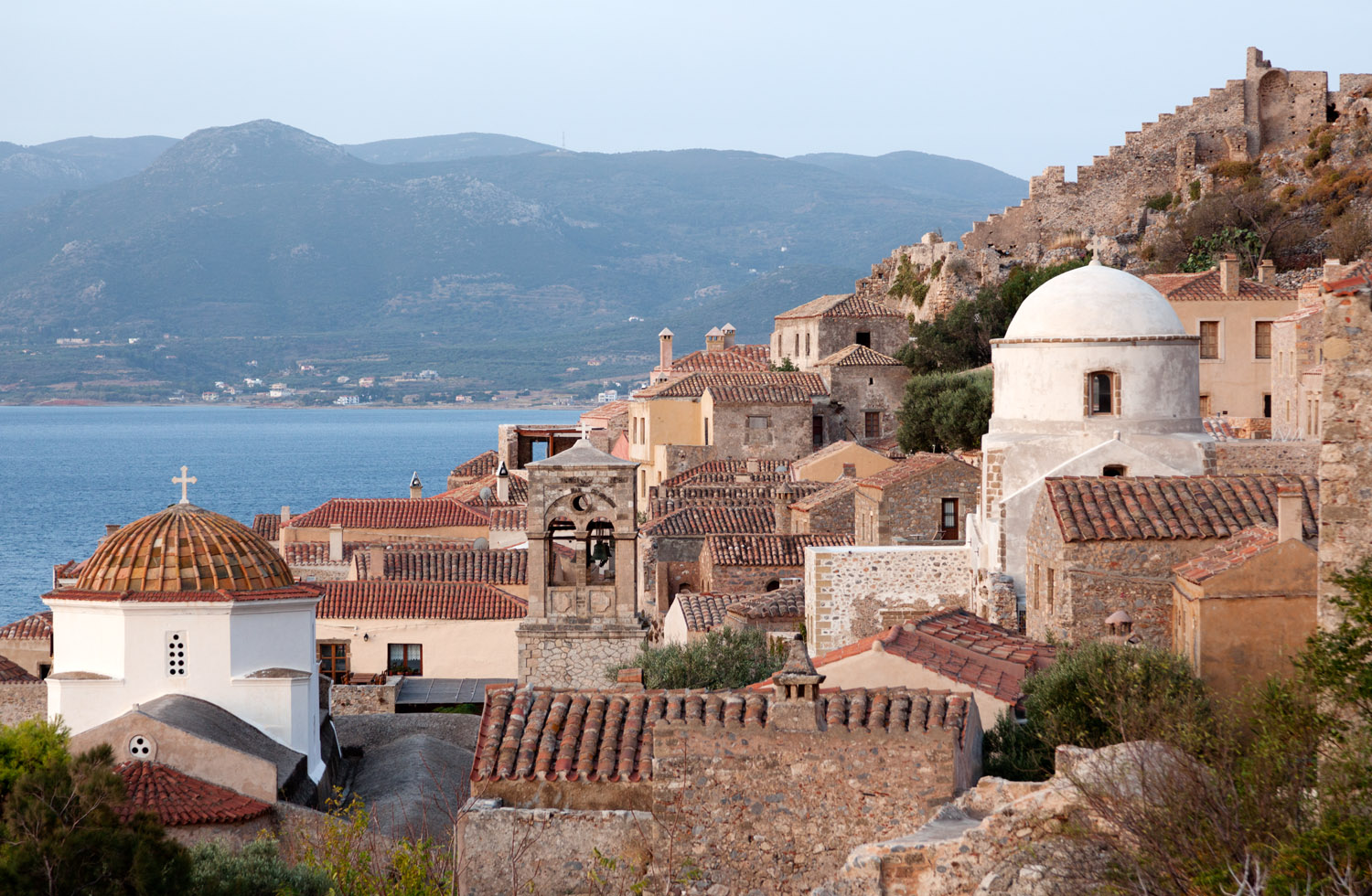 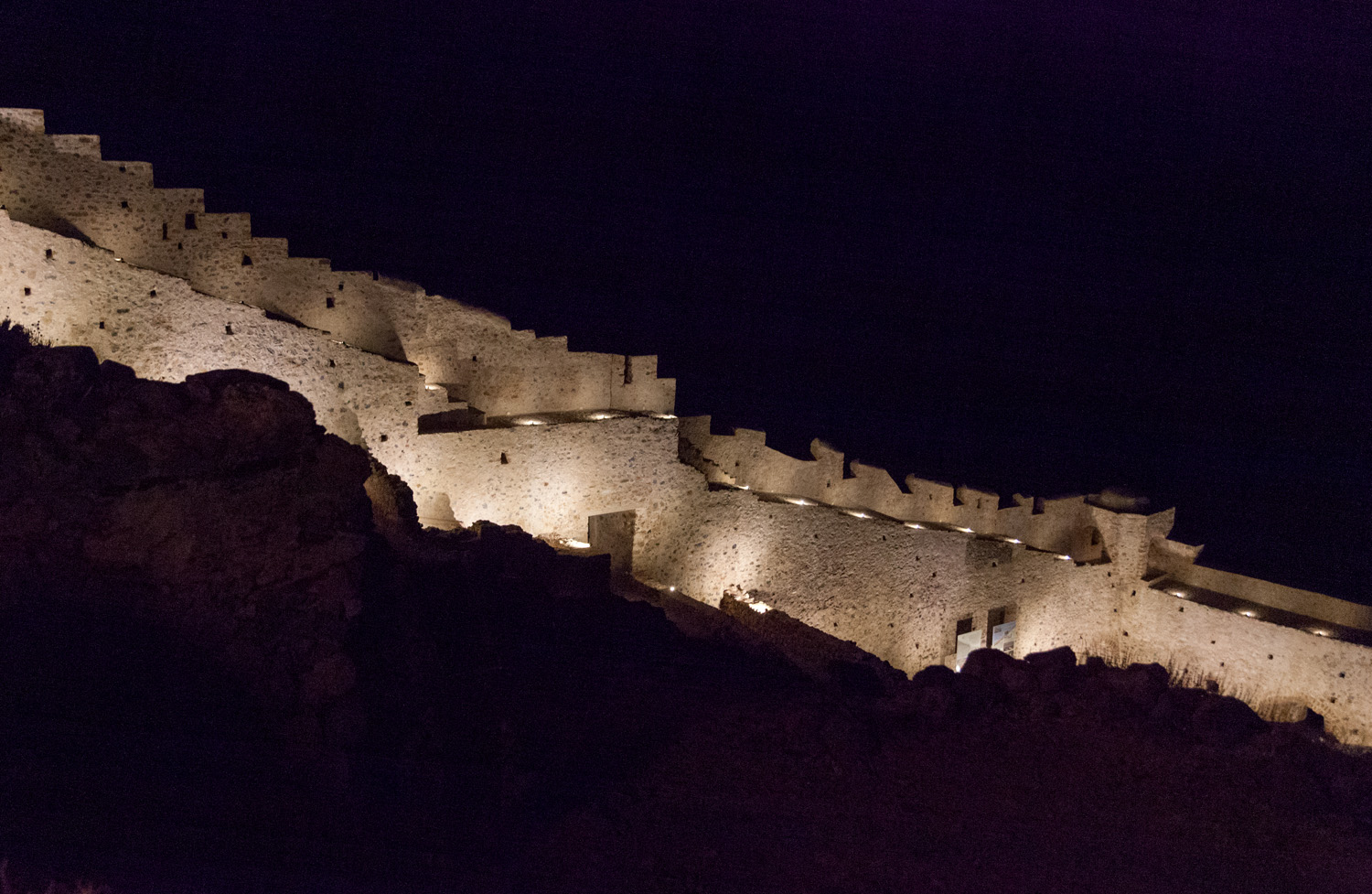 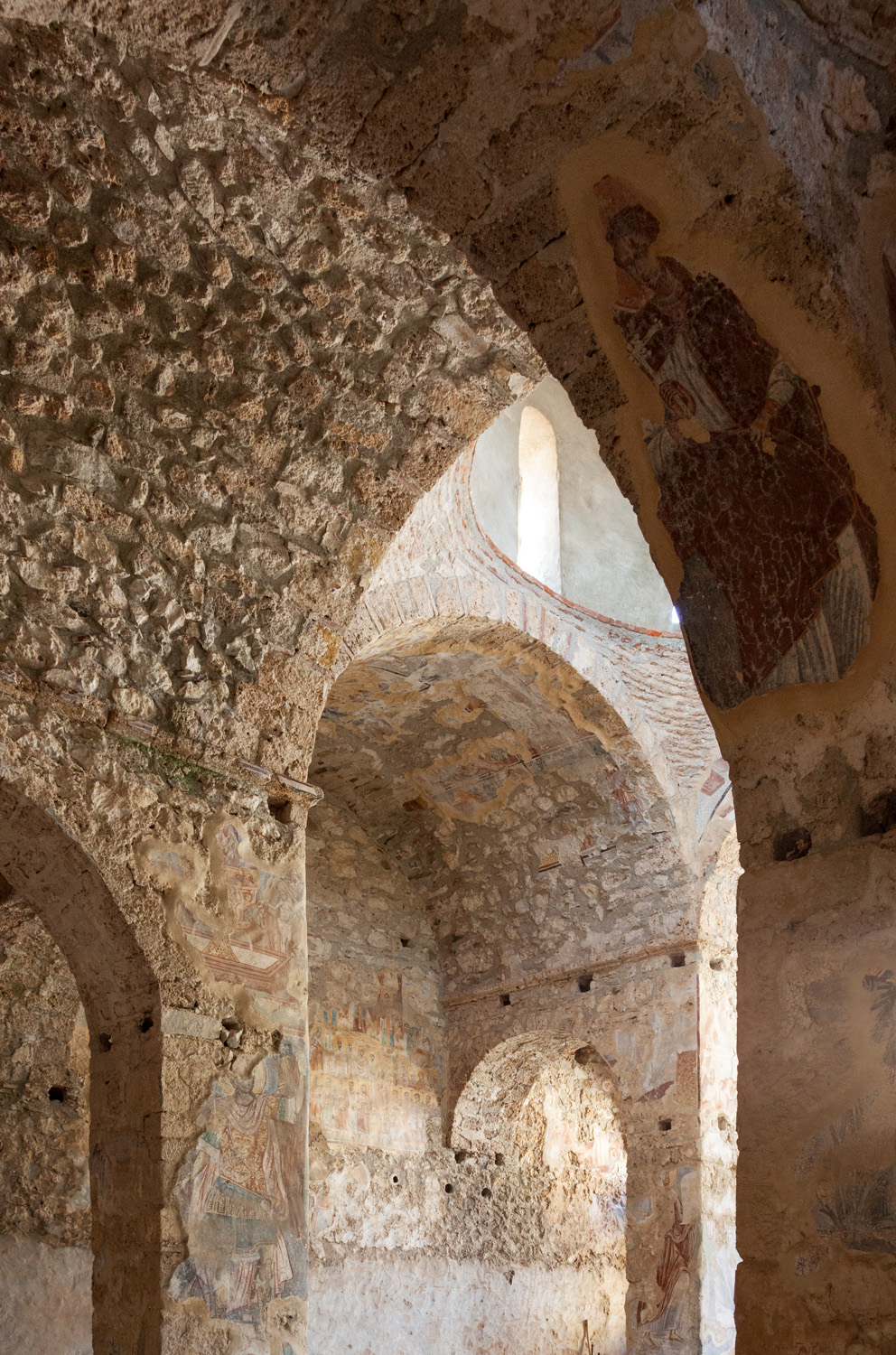